About Us19 August,2015Magic Beans Admin
There’s this singer called Zoe right? Most beautiful voice you’ve ever heard. Legend has it that, as a newborn baby, her very first breath was a lament so powerful that it made the doctor collapse and the midwife wee. As she grew, a single note from her lips would condense the air around her, enshrouding her songs in deep mists. And If you looked real close, you’d see wild creatures, leaping and gambolling in the haze. Sometimes they’d creep right up and whisper someone else’s secrets in your ear.

Anyway, the townspeople soon got fed up with all this nonsense, what with grown men collapsing and everyone knowing everyone else’s secrets and whatnot. So they kicked her out.

There’s also this giant right? Really tall guy named Uli. Best guitar player you ever did hear. He’d play these beautiful melodies that made the wind dance around his ponytail. Even trees shifted themselves to be near him when he played.

Unsurprisingly, the townspeople got fed up with him as well. Must have been too tall or something… kicked out. 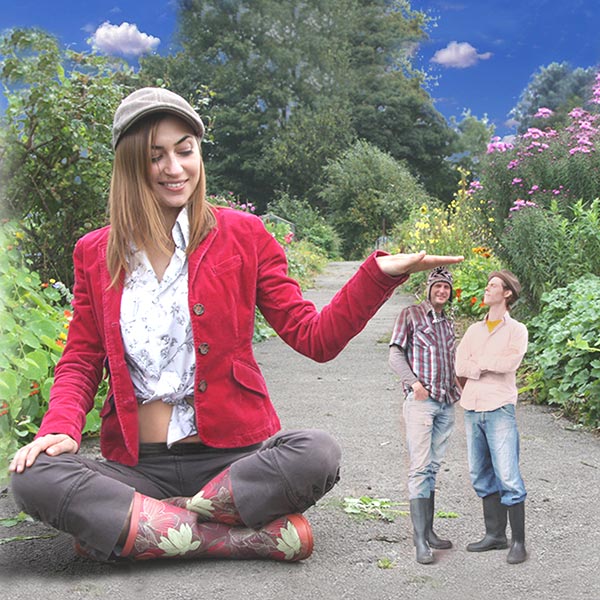 Then there’s this other guy called Matt right? All he cares about is playing his bass. Spends each and every day practising in the field behind his house. Completely naked….don’t ask why. He gets so good that the sun won’t even rise without him playing a morning scale and, at night, he has to pluck each star into existence.

So guess what happened to him? That’s right…in all fairness he did spend a lot of time naked. What did you expect them to do?

Anyway. Long story short. The three of ’em meet up in a valley and have a natter about their experiences. “I’ve got an idea,” says one “Let’s form a band.” So they start up this tune. They’re playin’… all this mist is forming….trees are zipping about… stars are popping and what-have-you…most amazing thing you’ve ever heard. It’s so beautiful that all the townspeople come out of their houses and walk down to the valley. Once they get there, they beg the three of them to come back and play for them. 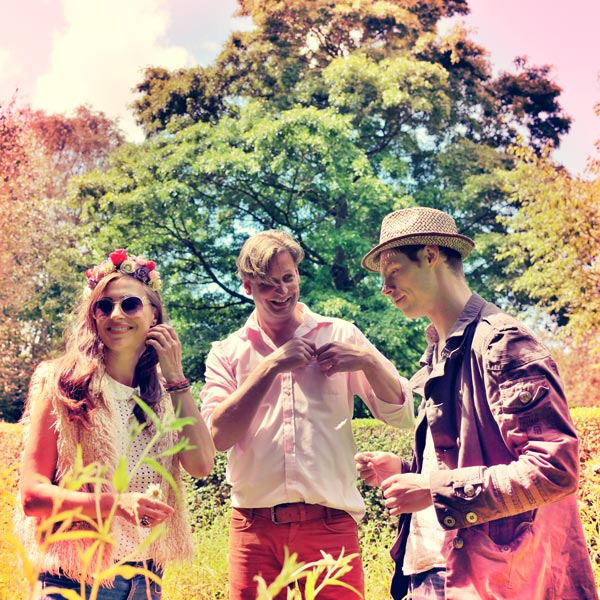 So they lead this procession into the town square. Hurrah! Hooray! And they decided right then and there to call themselves The Magic Beans after the story with Jack and all…’cos they feel just like those beans you see…. chucked out for being too fanciful yet blossoming into something magnificent. They record this album that very same night…..in a cauldron of salt with each note captured by blind monkeys. Don’t believe all that other gubbins about 8 tracks and no overdubs. Cauldron of salt mate. Blind monkeys.

So there you go. The story of the Magic Beans. And the moral is…..never throw away your dreams. Nice that ain’t it?

But who am I to tell you all these wondrous, terrible and secret things? Only the king of the bloody fairies….. that’s who.